I have become a fan of the TV program House. I think that actor Hugh Laurie is really quite a talent. A few weeks ago I was watching PBS and stumbled upon a program with him in it. In this show, Laurie was not acting at all. He was on a pilgrimage of sorts. An avid fan of blues and jazz, Laurie had long wanted to see New Orleans and this program would see him tour through the Big Easy, playing and singing blues music along the way. That is correct – I write singing and playing music along the way. I had no idea that Hugh Laurie was a musician as well as a superb actor. And he is not a singer in the sense of say a William Shatner, who just should stick to law firm commercials.  No this man has chops and his giftedness on guitar and piano should also be noted. The man is an entertainer. You can view this program in its entirety on the PBS webpage by clicking here. I was so impressed I downloaded Laurie’s album “’Let Them Talk.’ Each and every song showcases his talent, as well as his connections with performances by Tom Jones, Allen Toussaint, Irma Thomas. 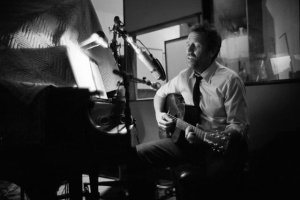 One of the songs on the album is entitled They Say the Whale Swallowed Jonah, a cover of a great song by JN Lenoir. What a great piece of music. This old blues song resonated with me the first time I heard it and I have not been able to get the tune out of my head.  As I listened to it I was reminded of the Psalms; so many of the Psalms are laments. They are expressions of pain that come from the gut. Building on the work of people like Claus Westermann and Moshe Greenberg, scholar Walter Brueggemann tells us that “Psalms make the shrill insistence that: things are not right in the present arrangement. They need not stay this way and can be changed. The speaker will not accept them in this way, for the present arrangement is intolerable. It is God’s obligation to change things.”

With that in mind I listened again to these words:

I believe the Whale got sick

Now if I live
I pray, I don’t get killed
I do believe one day
I will cross out of here


Hearkening back to scripture the ‘psalmist’ here cries out in anguish about the feeling of being swallowed up. Using a biblical image with which we are all familiar to express the pain of feeling totally consumed is genius. This is followed with a simple statement about the length of days and the need for rest.  The sun rise in the East —-Goes down in the West —Sometimes I get that feeling —-Every creature needs some rest!  In Laurie’s rendering of this song I can hear the tired lament intended here. These words express the feelings of a writer who has been consumed, and feels that each day is a matter of moving through the motions, from sun up to sun down and now feels the exhaustion of it all and is crying for a way out of the belly of the beast of exhaustion.  The ‘psalmist’ is not without hope. The situation need not stay as they are. I do believe one day – He will finally turn me loose. There is a firm belief that even though there is desperation to these moments, this too will pass and there will be freedom from the exhaustive state that currently is causing the writer so much grief.  It is great to see a psalm in contemporary culture.

We will be studying more Psalms throughout the next four weeks at St. Mark’s by-the-Lake. As we move into the season of Advent, our church will host a four-week study of the Psalms that guide us toward Christmas. We will gather each week in the Upper Room of our Church Hall at 9 am. If you would like to join this great conversation about the psalms, please be in touch with me at canonkevingeorge@gmail.com  or call our church office at 519 735 4921. 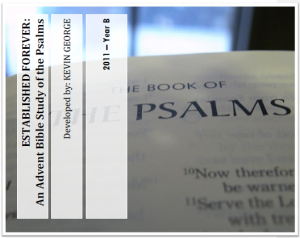 One thought on “Hearing House Lament”