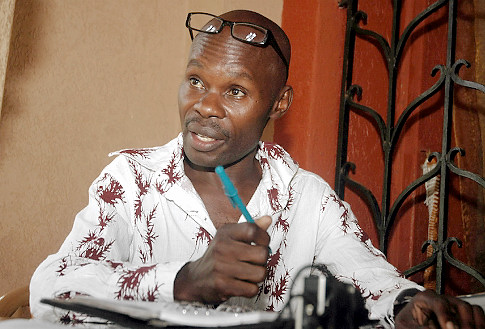 The great American Preacher Henry Emerson Fosdick insisted that “Hating people is like burning down your own house to get rid of a rat.”

On Wednesday David Kato, an outspoken advocate for human rights and one of the  most visible defenders of gay rights in Uganda, was beaten to death with a hammer. In Uganda homophobia is so severe that leaders have proposed executing gay people. This verve for hatred is not an accidental phenomenon; far from it.  In 2009 American Evangelicals travelled to Uganda to hold rallies to fight the gay lifestyle and encourage people to help gays become straight.

I have no idea if David Kato had ever read the words of American Harvey Milk who had made a video in the event he should ever be assassinated.  Kato was by all accounts brave, as Harvey Milk was brave in fighting for freedom for the LGBTQ community in his day. Milk voiced these words in that ominous video before he was eventually assassinated; “I fully realize that a person who stands for what I stand for, an activist, a gay activist, becomes the target or the potential target for a person who is insecure, terrified, afraid, or very disturbed with themselves.” These words were powerful then and they are now. Milk’s words remind us of a powerful truth – hatred is by-product of fear and insecurity.As surly as there were ‘Christian’ voices who felt that Harvey Milk got what he deserved, there will be ‘Christian’ voices that will celebrate Kato’s death as well. But we must speak with a more informed and reflective voice of the Christian Church. We know that we can be a clear voice for the God who calls us to be a people of love and not hate.

We must become more proactive in speaking up for those who are victimized by hate. We can help remove fear and insecurity by perhaps dealing with our own fear and insecurity. We have all watched this hatred unfold. Think of all the times we have heard names hurled in the schoolyard. Think of all the times we have sat and listened to jokes that are at the very least insensitive and at worse hatful and destructive. Think of times that we know that people have been excluded from a social circle because of orientation. Think of the parent who has declared proudly that he/she has disowned a gay child. Think of the times we have kept silent when people have snickered at someone who is gay. Think of the number of times we have allowed the six biblical references to homosexuality to dominate our conversations while we have disregarded the over 300 scriptural references to heterosexual relationships. We can speak up. We can make a difference by deciding to speak up for those who are persecuted and tormented. It should not take one more suicide, one more beating or one more frightening episode for us to act.

Let us remember that as a people of God we are called to be a people of LOVE. We seek to remember the invocation of Proverbs 10:12 – “Hatred starts fights, but love pulls a quilt over the bickering.” We cannot bring anyone closer to God with hatred, but Love will not just bring people closer together, but will bring people closer to God.  We must remember that Jesus of Nazareth when asked what the greatest law was had one reply:  “Love the Lord your God with all your heart, soul, and mind. This is the first and most important commandment. The second most important commandment is like this one. And it is, “Love others as much as you love yourself.”

3 thoughts on “Love not Hate”