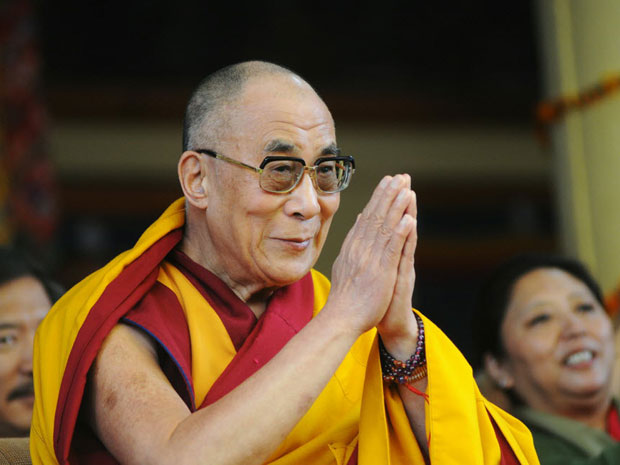 Today in Toronto, the Dalai Lama spoke to a gathering of over 15 000 people. 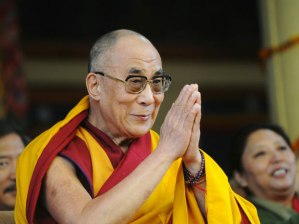 During his speech he remarked that the next Dalai Lama could be a woman. He noted that the advantages would include the fact that she would be better looking than him. He expressed joy at the notion that the time may be coming for that kind of change expressing that he felt women are more in tune with feelings. He remarked that women are”biologically more sensitive about others’ pain than males.”

In reflecting on peace this holy man offered this, “At 16, I lost my freedom, at the age of 24 I lost my own country. Now, at 75, what I learned is the power of talk. In the spirit of dialogue, you can’t have one side that is defeated and one side win. Open your hearts; consider others.” This is a message that desperately needs to be heard in this world. There seems to be a real lack of willingness to engage in conversation and dialogue. In many ways our society has moved to place of respond now and usually without much thought, and then talk about it all later to try to work it all out. Our nations have lost the art of dialogue and conversation and we as individuals have also seem to have forgotten how to talk with and to each other. It seems easier to avoid the difficult conversations. Deciding to open our hearts and ‘consider others’ is not always our first choice and it is not the easy choice. Winston Church reminded said that, “courage is what it takes to stand up and speak; [and] courage is also what it takes to sit down and listen.”

Question a friend; perhaps he did not do it; or if he did, so that he may not do it again. Question a neighbour; perhaps he did not say it; or if he said it, so that he may not repeat it. Question a friend, for often it is slander; so do not believe everything you hear. A person may make a slip without intending it. Who has not sinned with his tongue? Question your neighbour before you threaten him; and let the law of the Most High take its course.

This seems to be good advice. The Dalai Lama is correct. We do need to talk to one another. How much trouble do we get ourselves into by negative gossip or idle chat about another? These words from Scripture remind of how important it is to talk with one another instead of talking about one another. How many difficulties might we be saved from if we were not busy avoiding difficult conversations? It takes courage to speak up and ‘question and friend or neighbour’ and it take courage to sit down and listen to where another is coming from and let ‘the law of the Most High take its course.’ That difficult way of being, is indeed opening our heart. It is called loving. Even when it is difficult, Jesus asks us to ‘love one another.’ We are called in the Gospel of John to ‘a new commandment.’ Jesus says “love one another: just as I have loved you, you also are to love one another. By this all people will know that you are my disciples, if you have love for one another.” Let us regain the art of talk and dialogue – let this be an act of love.