Those are the opening words of the book "Getting to the Heart of Interfaith." Indeed the Rabbi, the Pastor and the Sheikh who wrote this book have captured well in their opening statement the crux of the interfaith matter. We need to replace the self-interest and suspicion that we have learned in our culture with a spirit of hope and with a sense of vision for the way that things may be if we were to come to know each other.

My most recent course at McCormick Seminary was focused on "The Church in the World Today"  and was taught by Professor Anna Case-Winters. One of the themes that we discussed was the changing face of our culture around us. We live in a pluralistic world. How are we addressing this reality? The temptation is to ignore the fact that there are differences among us. Falcon, Mackenzie, and Rahman in recording their experience in interfaith dialogue point out that if we are going to get anywhere we need to learn more about each other so that we can celebrate what makes us different and learn and grow from that experience.

As a part of that course have worked to bring the three Abrahamic traditions together on January 27th, February 03, and February 16th to learn more about each other. I have invited three great spiritual leaders who will respond to the book mentioned and to offer their experience in interfaith work. Here is a look at the faith leaders we will be welcoming.

The Rev’d Dr. Charles Mabee is the Director of Religious Studies at Oakland University in Rochester MI. He has authored two books on the special problems associated with reading the Bible in the American cultural context. He was the co-founder of the Colloquium on Violence & Religion, an international organization dedicated to the study of the thought of Rene Girard. His current research interests include the development of a mature Christian response to the "post-nuclear" society, and developing a new linguistic grammar for more productive dialogue among the world’s great religious traditions.

Imam Achmat Salie, a native of Cape Town, South Africa is an avid traveller and reader. The founder and coordinator of an Islamic Studies program at Oakland University, Imam Salie has taken an active role in cultivating both knowledge and awareness of Islam in south-eastern Michigan over the past nine years. As the spiritual backbone of several Muslim communities in Bloomfield Hills, Troy, and Toledo, Salie has developed a passion for Sufism (Islamic spirituality). In addition to his title as Imam, Achmat Salie is a counsellor, interfaith and youth coordinator, peace and eco-justice advocate, as well as a university professor. Imam Achmat Salie currently resides in Rochester Hills with his wife and four children. 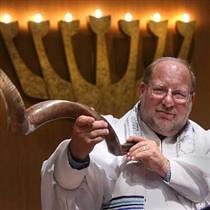 Rabbi Jeffrey Ableser has been the spiritual leader of Congregation Beth El in south Windsor since 1993.  Before coming to Windsor, he served congregations in Toronto, Phoenix, and Carmel, California.  He was ordained a Reform Rabbi at the Hebrew Union College in Cincinnati in 1981.  He lives with his wife Judy, and his three young adult children (when they’re not away at school).  During his tenure in Windsor, he has been a part of over a half dozen interfaith dialogue groups.

We will also have a Panel at each evening and we will welcome among others, The Reverend Dr. William Danaher – Dean of Theology at Huron University College, Dr. Martha Lee – the Stephen Jarislowsky Chair in Religion and Conflict at the University of Windsor as well as the Rev’d Canon Kim Van Allen – rector of All Saints Church in City Hall Square in Windsor.

What began as a book group has developed into great gathering of people from the three Abrahamic faiths. We would love to have you join us for this significant gathering in the Windsor-Essex Community. If you simply want to come and have no interest in reading a book at this time, please do not be discouraged. Please email me at revykevy@cogeco.net in and register to attend this great series of conversations. ‘The Interfaith Amigo’s’ encourage people to put themselves in positions where we can learn each other’s stories. Count this opportunity as one of those places where we might come to know another’s story.

We must discurage fear and suspicion and embrace hope, embrace vision and embrace love. I write about vision today on the heels of a day on whcihour American friends celebrated the life of a great witness and a great American visionary. Martin Luther King Jr insisted that "darkness cannot drive out darkness; only light can do that. Hate cannot drive out hate; only love can do that." Let us take the lead of a man who lived well a life which called for an end to hate, and division and susupicion.  Let us come together and be a light in a time of darkness.  I look forward to hearing from you and to possibly seeing you at our Interfaith series.